* In case of any delay in receiving the OTP, you may verify it later. Please proceed without verification.

Your mobile number is not registered with us. Please register your mobile no.

Art and Culture of Bhind

Bhind is the northernmost district of Madhya Pradesh having a rich and diverse culture dating back to hundreds of years. The folk dances, songs and art forms give a unique flavour to the district. The influence of the Gwalior royal dynasty and Jaina art and architecture can clearly be witnessed on the art & culture of the district. Though with changing times the people are adapting to the modern ways of life, but they remain connected to their ancient traditions & culture. Folk dances ane songs are quiet popular during festival times and on special occasions. People dress up in traditional attire and sing & dance to beats of drums and other musical instruments like dholak, jhanz, manjira, mridang and daphli. The city also plays host to several literary & cultural programmes which are organised from time to time. Muktibodh Samaroh is one such Literary Programme organised in Bhind district regularly.


Religions and Festivals in Bhind

The district has a population majorly comprising of Hindus & Rajputs, though there is a considerable number of Muslims, Christians & Sikhs also. Rajputs are quiet large in number and are spread across the city. People belonging to Islam religion also form a prominent part of the district, thus giving a multi-cultural ambience to the city. The people of Bhind have a feeling of brotherhood and mutual respect for each other’s religion imbibed in them, thus giving a peaceful & prosperous environment to the city. 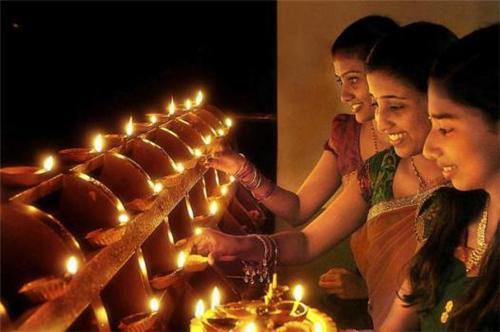 The traditional dress for men in Bhind is Dhoti. Safa which is a type of turban is also worn on the head by men. Bandi is a type of Jacket worn by the men in this region. Women in Bhind, MP mostly wear lehanga & choli with an orni covering the head and Saree. People love to wear vibrant colours showcasing the rich art & culture of the city. Bandhani, Maheshwari Sarees and Chanderi Sarees are the famous handmade handlooms of the region, which are being marketed to the other parts of not only India but also the world. Due to the growing influence of the western culture both men & women can now be seen wearing modern clothes like jeans, pants, tops, shirts, frocks, etc. But on festivals and other special occasions the residents of Bhind still prefer to dress in their traditional & colourful attires. The women of the district have a great fondness for ornaments like bangles, necklaces, earrings and bracelets both in Gold & Silver, which they love to flaunt on weddings & social gatherings.

The cuisine of Madhya Pradesh has always been known for its varied taste and aroma and is a great hit among the food lovers of the world. Bhind in Madhya Pradesh also offers a variety of yummy, exotic & traditional dishes which attract people from all over the world to this region. The popular food of Bhind includes both vegetarian & non vegetarian dishes cooked in the traditional style which lends it an authentic and unique flavour which is a characteristic of this region. The tribals residing in the regions have also influenced the style of cooking in this region, with a generous flow of ghee, oil & spices. 'Bhutte ki kees' is one of the most popular vegetarian dish which is made of corn and milk. Chakki ki shaak, bafla, poha are some of the other famous vegetarian dishes which people relish with great delight. People of the Bhind are quite fond of desserts & sweets the most popular being mawa-bati, malpua, shreekhand, khoprapak, gulab jamuns & jalebis. Non vegetarian dishes like spicy rogan josh, korma, seekh kebab and shami kebab of Bhind district are known for their taste & delicacy.

On a visit to this region one must try traditional drinks like Sulfi which is local liquor distilled from flowers of the mahua tree. Lassi (Buttermilk), Shikanji (Spiced Lemon Drink) and Sugarcane Juice are some of the other drinks which can be savored here besides the ever popular soft-drinks & fruit juices. People of Bhind have perfected the art of cooking and they relish cooking & serving food to their guests with great joy & enthusiasm.